Poker has long been one of the most played and enjoyable card games in casinos around the world. Video poker adapts the classic game, allowing you to play against a computer instead of with a dealer against other players. This gives you the freedom to play at your own pace without worrying about what hands other players might have. The only hand that matters is your own, so it’s a great way for beginners to learn the ropes of building winning hands and managing their bankroll.

The aim of online poker remains the same: to build the strongest hand out of five cards by choosing which cards to hold, and which cards to replace. The better your hand, the more money you’ll win. You can read more on the different hands below.

There are several variants of the game including Jacks or Better (ideal for beginners), Deuces Wild, and Double Bonus, but the basic rules are all essentially the same.

So let’s look at the average game step-by-step.

Online poker functions using credits, the value of which is determined by you. The first thing to do is choosing how many credits you want to bet on the next hand using the buttons on the screen which allow you to either bet one credit, or bet max credits (five).

In the top corner, you’ll see a pay-table which displays the winning hands and how much each pays out depending on the value of your bet.

Next, you’ll hit the deal button, which will present you with your first five cards. Don’t worry if you don’t have a full hand yet, the next step allows you to switch out your cards for new ones.

Each of the cards in your hand will have a button underneath that reads “Hold”. By clicking this button you can choose which cards to keep when you press the draw button to be dealt new cards.

Once you’ve decided which cards to hold, hit the draw button (which replaces the original deal button). This will replace any cards that you chose not to hold with new cards, forming what is now your final poker hand.

The software will automatically decide what the best possible hand you can make out of your five cards is, and highlight it on the pay-table to display how much you’ve won.

Once you accept the prize, the game begins again. 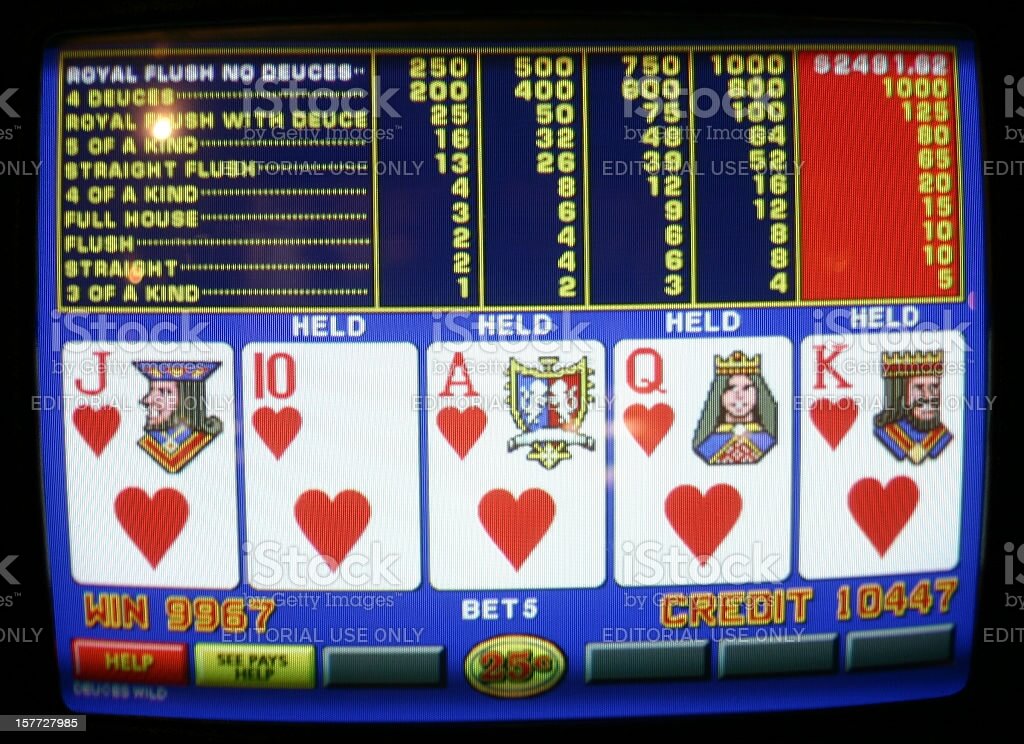 Straight Flush – 5 cards in sequence of the same suit.

Full House – Three of a kind, plus a pair.

Three of a kind – 3 cards of equal rank

Jacks or Better – A pair of Jacks, Queens, Kings or Aces.